Homes for Sale in Canton NC 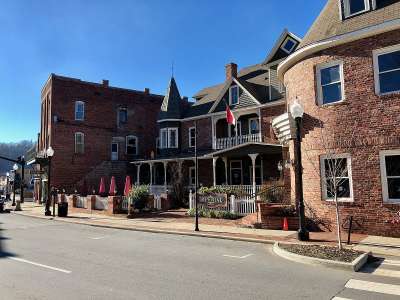 Canton, North Carolina is a small town that is located about 20 miles west of downtown Asheville. Canton sits between Asheville and Waynesville, with convenient access to both interstate 40 and U.S. 23, so it’s an ideal home base for those wanting to commute in either direction. This historic mill town is the second largest in Haywood County, with a population of slightly over 4,000 people. The Pigeon River flows through Canton, and the majestic Blue Ridge Mountains surround the city on all sides, helping this town truly live up to its motto as the place “where the mountains kiss the sky.”

Since it is slightly removed from the buzzing city of Asheville, Canton is a peaceful place to call home for those seeking a slower pace. Houses for sale in Canton, NC range from modest to massive, with everything from starter homes to luxurious estates. If you’re looking for a lot to build on, there are plenty of lots for sale in Canton. You’ll find that many existing homes have large yards, with room for pets to exercise and gardens to grow, so you’ll have plenty of room to spread out when you move to this mountain town.

Canton is known for its charming downtown area, which is full of restaurants and breweries, historical landmarks and parks. Local food favorites include Southern Porch, Black Bear Cafe, Papertown Coffee, JRO’s Burgers and Subs and BearWaters Brewing Company. The historic Colonial Theater, built in 1932, is also part of downtown Canton, having served as the town’s first theater specifically built to play movies. If you’re looking for local fruits, veggies and more, head to Smather’s Market, a farmer’s market held on Thursdays from May to October each year.

Canton is also home to Evergreen Packaging, a paper mill which is a major employer of Canton residents. Nearby schools include Pisgah High School, Canton Middle School, North Canton Elementary and Bethel Christian Academy, among others.

For those who love to get outside and explore, this town is the perfect home base. Scenic Lake Logan is located in Canton, and some of Western North Carolina’s most famous natural wonders are nearby, including Skinny Dip Falls and hikes to Graveyard Fields and Shining Rock. If you’re brave enough, you can even attempt the challenging 10.6-mile round-trip hike to the Cold Mountain summit. Want to tube, canoe, kayak or paddleboard down Pigeon River? Pigeon River Outfitters can make it happen.

Does Canton, NC sound like the right fit for you? Take a look at current real estate listings in Canton, North Carolina below.

Real Estate for Sale in Canton