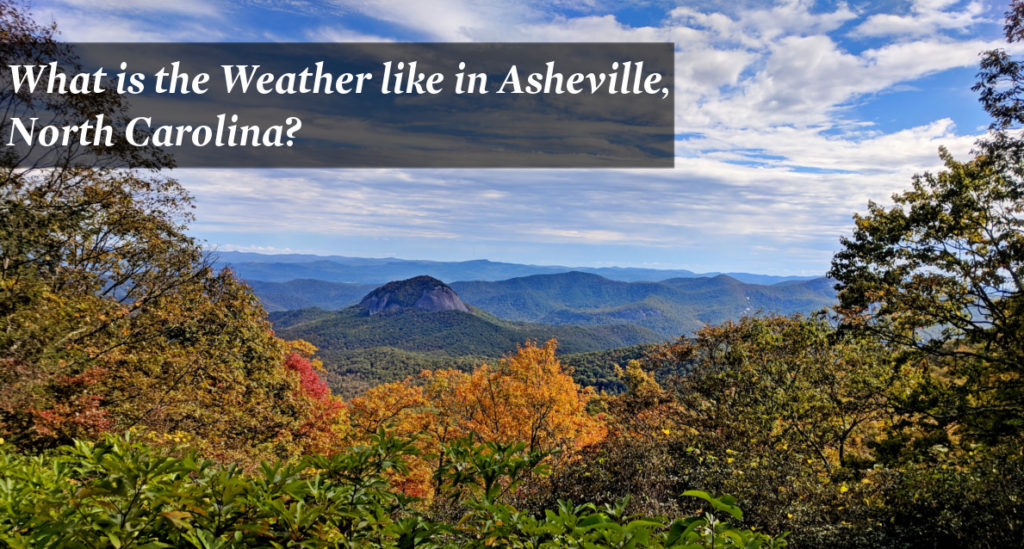 The weather patterns in a place you are about to visit or move to vary from place to place. What is the elevation like? How cold does it get? What’s the precipitation like? To snow, or not to snow? This guide you’re about to read is full of information on the weather conditions in Asheville, North Carolina. The months are also referenced to provide a more comprehensive look at Asheville weather and help you really get a feel for the area before moving to Asheville.

The four seasons are what Asheville is known for! Asheville temperature averages highs of 84 degrees and average lows of 25 between summer and winter months, hitting pretty close to the nation’s average. The seasons vary with warm summers, mild winters, and incredible blue skies most of the time. There are perks to every season! Learn all the different climates based on the months and seasons so that you can prepare for weather conditions in Asheville like a pro! 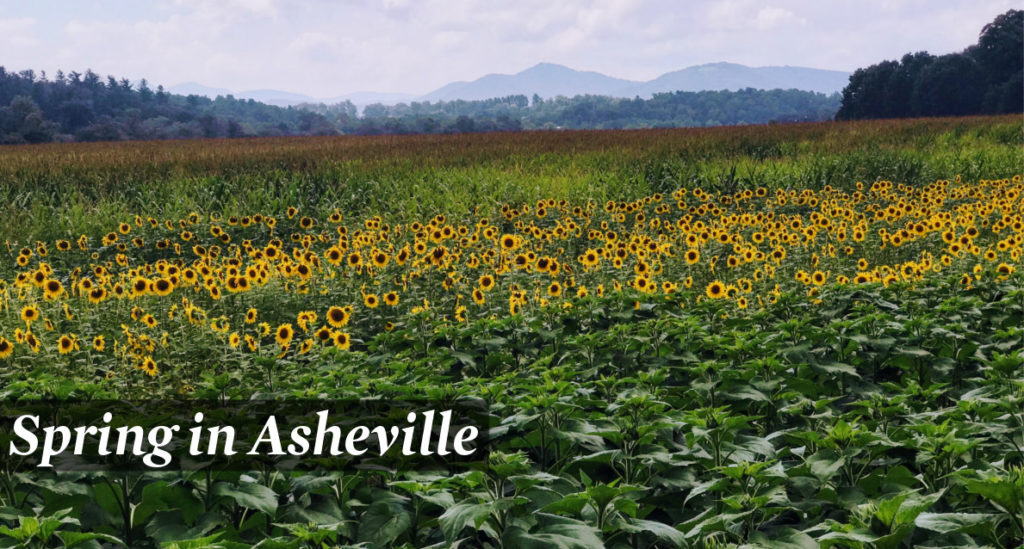 Spring can be a wonderful time in Asheville. The temperatures are still warm but not as wet or humid as summer. Months consist of March through the end of May, with May being considered among the most comfortable months of the year.

There are many things to see during the spring, especially flowers. This is the time that flowers and plants sprout and shed off winter dust, getting them ready for summer. Spring is also the optimal time for wildflower blooming, as these months offer the best chance to gaze upon the most blooms.

Spring in Asheville is also cloudy and wet. There is usually a chance of cloud cover, with precipitation at about 30% chance daily. Typical spring showers! But there is almost always sunny weather just over the next ridge, as our mountains break up most rainstorms. This is why our forecast will frequently say “scattered” rain. 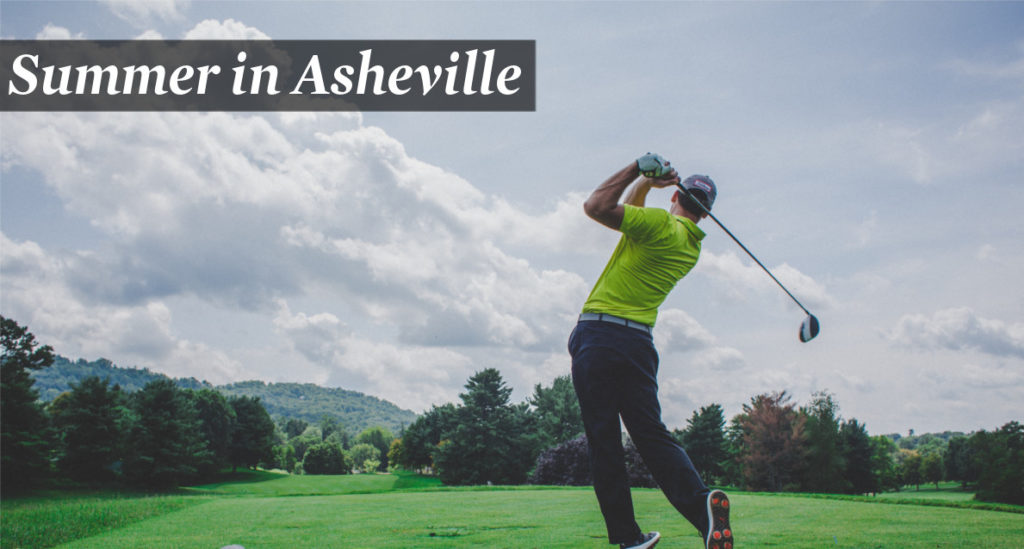 Photo by Courtney Cook on Unsplash

The hottest times of the year in Asheville happen, of course, during the summer months. This consists of June through September, with the warmest and most humid temperatures happening in July. Besides having the warmest temps of the year, June and September are some of the most comfortable temperatures throughout the entire year as well, making up for the July heat surge.

Summer in Asheville offers many fun things to do and explore! The clearest part of the year in Asheville begins mid-July and lasts for about 4 months, so you can better enjoy the views of the mountains, with the colors more vibrant than ever for a good chunk of the summer.

While summer has some of the hottest months, the temps still rarely top 90 degrees. And summer is also known for a somewhat reliable later afternoon shower. These showers typically pass quickly and are great to cool things off, but rarely last long enough to end your outdoor pursuit. This pattern lasts about 4 months, beginning in May until the end of August. During this time, there is about a 36% chance of rain on any given day. 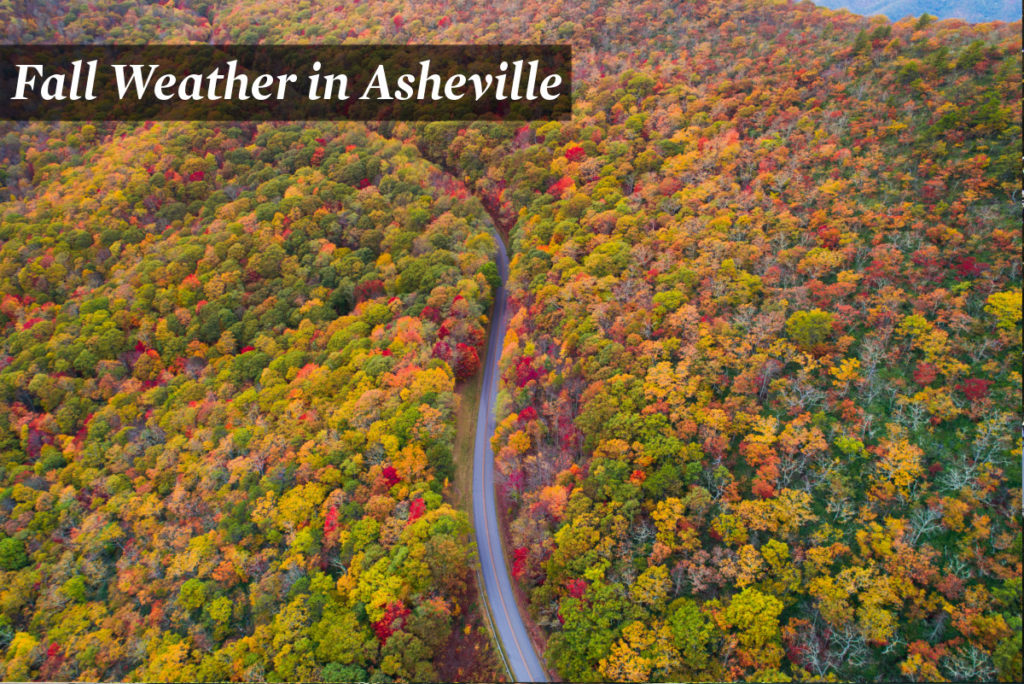 Photo by Nathan Anderson on Unsplash

Fall is one of the most popular times to visit Asheville!  Fall weather conditions in Asheville, North Carolina begin around mid to late September and go until November. Temperatures begin to drop below 70 but stay above 50, making these months crisp and easy to handle.

The cooler, yet comfortable temperatures pair well with the ever-changing foliage. When all the plants and trees change colors and shed, it makes for a memorable view!

Additionally, there is usually less cloud cover in November, so fall has some of the clearer months. Chances of precipitation are in the lower 20% range, making these some of the driest months of the year. Fall is a great time to explore Asheville! 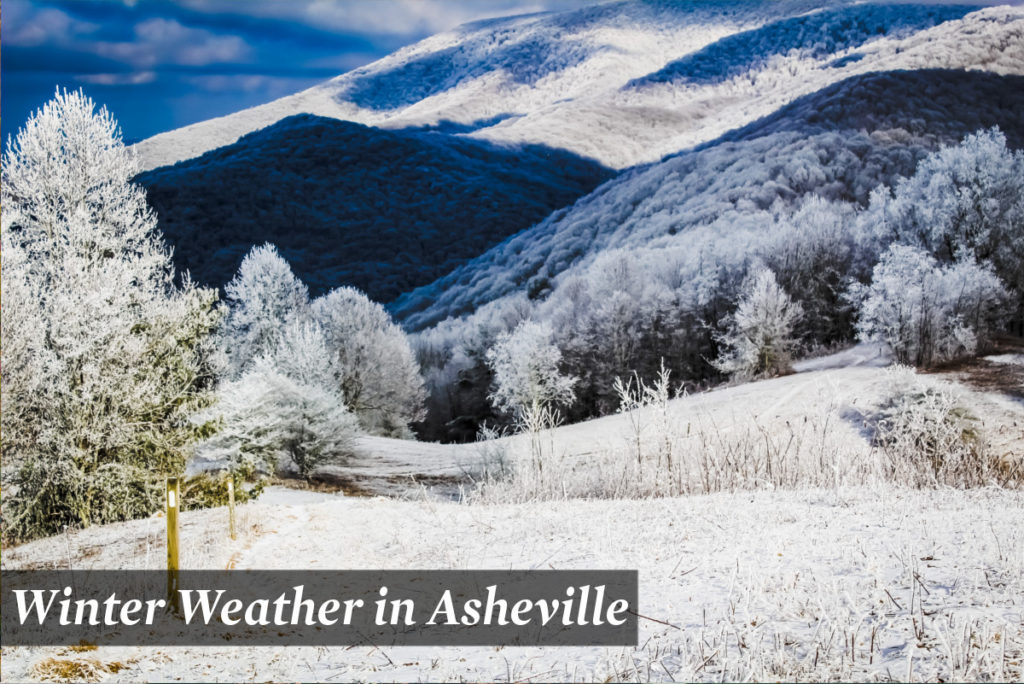 Photo by Nicole King on Unsplash

Get ready for a little snow (but not too much) in the winters of Asheville. This colder, snowy period is between the end of November and beginning of March, with temperatures at an all-time low in January at approximately 25 degrees.

Even being a “snowy” period, there still isn’t too much snow during the winter months. The average snowfall is between 0.1 and 0.4 inches. Being as the average temperature isn’t too far below freezing, winters in Asheville tend to be pretty mild, although there are some windier times during the later winter months.

Despite the colder climate, there are still plenty of fun things to do in Asheville during the winter. Getting outdoors is still an option with plenty of hikes and trails to explore, as well as the perk of getting to take in Asheville’s mountains with a dusting of snow on top. There are even several mountains nearby to go skiing or snowboarding!

There are several questions that pop up frequently when discussing what the weather is like in Asheville, North Carolina. Here are the top contenders: 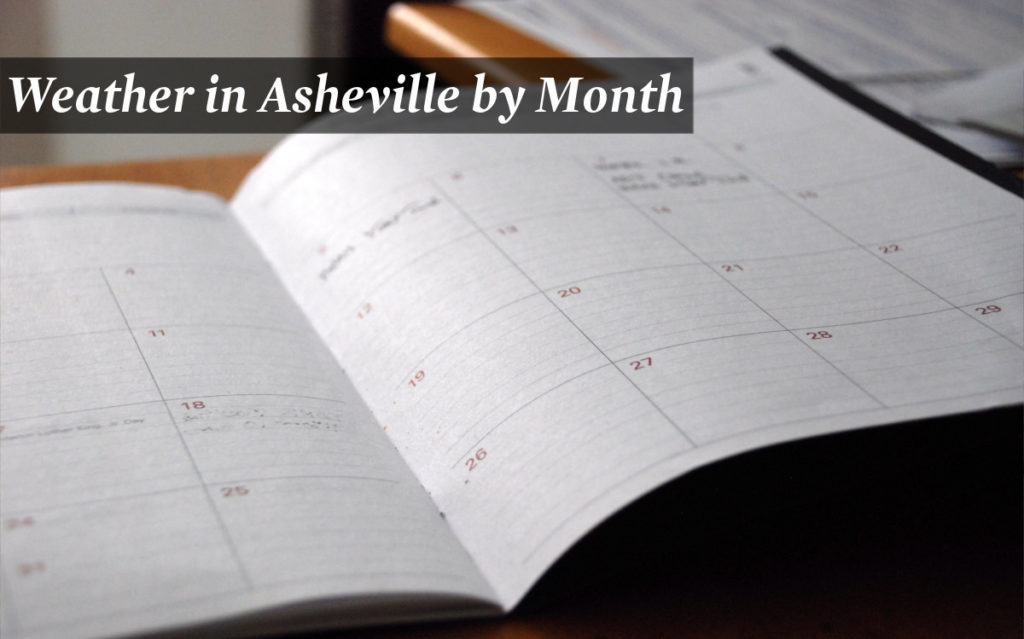 Photo by Eric Rothermel on Unsplash

It can also help to have each month separated for a more focused look into the weather conditions of Asheville, North Carolina. There are 3 categories below to differentiate each month: average temperature, rainfall, and snow. All of these numbers are approximate.

Asheville has four very distinct and mild seasons. If you want to experience four seasons, all of which provide a unique feel, this is definitely the city for you. You can enjoy the outdoors in Asheville year-round, with something to look forward to in every season!

And within the Asheville, NC area, there are yet more ways to customize your own experience. You can choose a home or land at higher elevation (even over 3,000 feet elevation), nestled in the woods among lots of shade trees or along a mountain stream, or even an urban getaway like a condo in downtown Asheville! Our market is full of variety, so give us a call or send us a note below to get started finding your dream home in one of the best climates in the country! 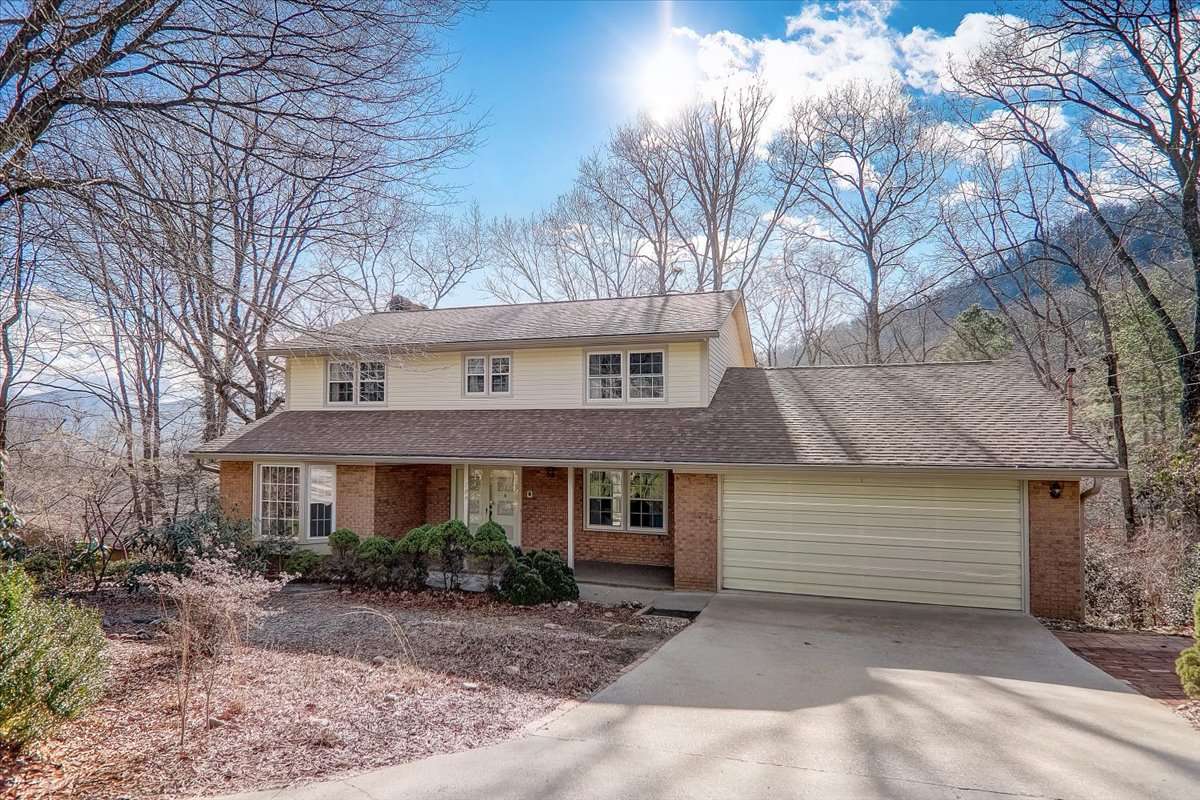 "We had the pleasure of working with Scott when we decided to purchase our vacation rental home in the Black Mountain area of North Carolina several months... continued"
- Mick and Danielle F., Orlando, FL
View All